Former Indian captain Ms. Dhoni is one of the most successful captains of all time. He is the only captain to win all three ICC trophies during his time. Dhoni-led India towards victory in the 2007 T20 World Cup, 2011 ODI World Cup, and 2013 Champions Trophy. He is the only skipper with this enormous achievement in his name. Meanwhile other than his own career Dhoni has helped several other players throughout their career to succeed.

Captain cool has shaped many youngsters, backed them in tough times, and helped them in their careers. Some of the very successful Indian cricketers have credited MS Dhoni for their successful careers. Indian captain Virat Kohli and Vice-Captain Rohit Sharma have credited Ms. Dhoni for their success. Also, overseas players like Brendon McCullum, Jason Holder, and Faf Du Plessis have said that they have learned a lot from MSD.

Here is the list of 4 Players Who Deserved More Support From Captain MS Dhoni:

Irfan Pathan used to dominate the batsmen with his amazing fast pace and swing deliveries. Pathan was one of the key members of team India in the ICC T20 World Cup 2007. However, after facing an injury he saw a major dip in his form. After that, he wasn’t able to make a strong comeback. He gave a try in both Indian Premier League (IPL) and domestic cricket. Still, he wasn’t able to earn his spot back in Indian cricket.

Many fans believe if Dhoni backed him things would have been different. Also, many experts say Dhoni should have provided more support to the fast bowling all-rounder.

The elder brother of Irfan Pathan; Yusuf Pathan came into the scene with a reputation of an aggressive batsman. He was known for hitting monstrous maximums. Also, the elder Pathan brother was capable of changing the game single-handedly. He was a handy spinner too.

Yusuf Pathan made his debut for India in the ICC T20 World Cup 2007. Also, he had a decent outing in the inaugural season of the T20 World Cup. However, he came into the limelight after performing sensationally in the inaugural edition of Indian Premier League (IPL) 2021. Yusuf was part of the Rajasthan Royals (RR) franchise and he gave a match-winning performance in the finals of the marquee event.

Also, he was part of India’s 2011 World Cup-winning squad. However, after that, he was not a regular member of team India. Also, many fans complaint that Yusuf Pathan should have been backed by Dhoni during his rough patch. 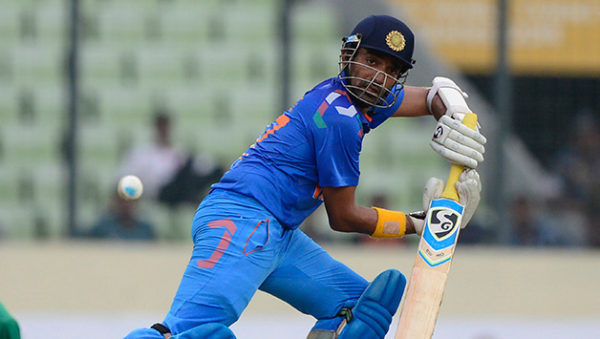 Robin Uthappa was an aggressive batsman and a reliable wicketkeeper. Also just like Irfan Pathan he was the key member of India in the ICC T20 World Cup 2007. However wicket-keeper spot was always held by legendary captain Dhoni. He soon lost his place in the squad and never made a huge comeback.

Uthappa had an amazing run in the Indian Premier League (IPL) with Kolkata Knight Riders (KKR). He was one of the top batsmen for the team. However, he went through a rough patch and never really made a comeback. He went to Rajashthan Royals and had a poor run. Later he was transferred to Dhoni-led Chennai Super Kings (CSK) but hasn’t played a single match for the franchise.

Many cricket pundits believe that Robin should have been backed by Dhoni during his career. However, he was not provided the much-needed support by Dhoni.

Former Indian cricketer Ajit Agarkar was a supremely talented bowler. He was one of the best bowlers till 2006-07. Ajit had a very good pace in his hand, and he possessed the ability to swing the ball both ways.

Ajit Agarkar was the go-to bowler of former Indian captain Sourav Ganguly. Ganguly used Agarkar as the strike bowler in his team. However Indian skipper MS Dhoni didn’t back Agarkar a lot. Dhoni didn’t invest a lot in the fast bowler as a result he was dropped from the Indian side and wasn’t able to make a comeback.